Hey Hoop! What’cha doin tonight a couple of his buddies hollered at him from across the way? Craig Hooper was a 19 year-old kid at PLU when a few friends from the football team invited him to come to his first ever bible study. It was a pivotal invitation for this young man, who would grow up to be a tender yet powerful leader in his family and community.

Craig had to find a bible to borrow and he went. He kept going a full year before he remembers opening up in the group. But it was through that year of being with friends who helped him get to know Jesus by simply hanging out, studying the bible, sharing life concerns and praying for each other that Craig came to yet another critical and pivotal point – God wanted to be in relationship with him.

Craig grew up hearing about God. His family was active in a small, local church. His family was a close and caring one. Craig recalled a season of struggle when his father lost his job due to an accident at work and how, during that difficult season, Craig dealt with a sense of getting lost in the shuffle. His thoughts about God morphed. What’s the big deal became his sentiments on faith.

But, at 19, all that changed. Over that year with his friends and under the leadership of his coach, Scott Westering, Craig learned that the God of the universe was crazy about him and wanted to be in relationship with him. Oh, THAT’s the big deal he now understood!

Life changed on a dime at that moment. The urgency to redirect his life to help others understand that following Christ starts and ends with a relationship has been his life message and mission ever since. He quickly changed his major so he could graduate as soon as possible. He started helping his buddy, Kirby Court, with a youth ministry he was leading.

Along about that time he noticed kids wearing Young Life shirts around. He thought YL was a clothing brand and wondered where he could buy a shirt like that! His friends, Chuck McFarland and Eric Clark, introduced him to the Young Life mission and soon Craig had the opportunity to see the ministry. He was in the process of early interviews for a church-partnership position in Yakima while still living in Tacoma. A leader from the Puyallup area was suddenly unable to go to Malibu with his group. Dave Edler and Don Stuber, Young Life area directors at that time, networked with the Puyallup area and brokered a deal that sent Craig as the leader. So off he went, with only the faintest introduction to the YL mission.

Craig laughed as he remembered that trip. He still wonders What were they thinking!? He’d never seen YL in person before yet he was taking a group of kids to camp to help them understand about this relationship that God desired for them.

He returned and got his first staff job, as a young 22 year old guy. Harlan Vanoort pastored the East Valley Reformed church where he was working. Harlan had a vision for outreach and made sure Craig understood that he needed to be at the school with kids, not in the office with the staff.

He remembers his first day, going to the school at lunch. East Valley had first lunch and second lunch schedules. He arrived in the parking lot and sat in his car. He didn’t get out until the bell rang, marking the end of the first lunch break. Get out or Go Home he told himself. He got out and made his way in, found a couple of kids sitting at a table and struck up a conversation that continues to this day.

His focus on kids quickly took him to the football field and coach Barry Reifel. Barry knew that Craig knew football, but he also knew that Craig wanted to be with kids and to become their friend who would share God’s invitation to relationship with them. It wasn’t long before East Valley High School had a new assistant coach.

Barry’s wife, Ellen, knew a young lady up in Alaska named Lannette. Apparently Ellen knew something about Lannette and Craig’s future and shared it with her 8 year old son, Ben. Before Lannette ever moved back home to Yakima, before Craig had ever met her, Ben spilled the beans that his mom had told him that Craig and Lynnette would get married someday. Huh?

Craig met Lannette eventually and, as he said, I knew right away that I’d met my wife. He was drawn to her spunk, her realness, that she was OK with who and whose she is. 25 years later, he calmly says I know a lot of guys that say they have the best wife. But I have the best wife. She’s my best friend, she’s wise, she doesn’t over complicate things.

His kids, Kaden (17), Liz (16), Ismael (15), Joren (13), Tegan (11) and Melia (7) are a source of huge joy in his life. He talks openly about how impressed he is by them and their heart for others. He’s profoundly thankful for each one individually and for the collective group that his family is.

Craig finds himself at yet another pivotal time in his life these days, now in his 3rd decade of marriage and ministry. Coming off a recent sabbatical, he is focused on the renewed invitation to guard the very relationship he was invited to when he was 19. He is still passionate about helping others know Christ and yet finding his effectiveness grows as he moves in unhurried rhythms. He loves vision and moves, naturally, toward broadening the impact of the mission in the Yakima Valley, yet his attention is deepest at one-on-one discipleship, hanging out with kids, being direct and candid with them and intentionally clear about the relationship that changed everything for him.

Talking with Craig Hooper is always a treat for me. I admire him more, each time I do. His life is marked by Christ and, in turn, he and Lannette, their kids and the leaders they pour into, are making a mark on the valley with kids who need to hear the very message that changes any heart that will receive – God wants a relationship with you.

You’re spot on, Hoop. That IS the big deal! 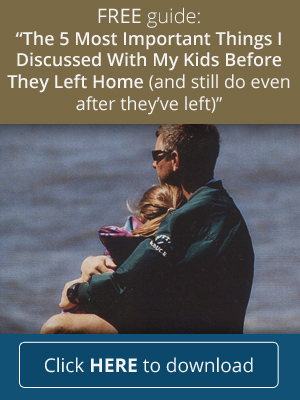 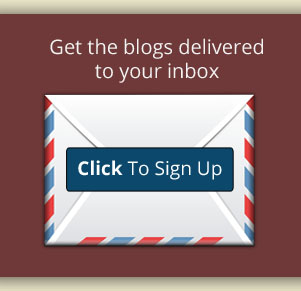